Welcome to our website we are a provider of thousands of window replacement parts such as window operators, tilt latches, pivot bars, balances, patio door rollers and ship out nationwide by USPS by getting Florida window parts allows people to more or less keep the same windows, but they’re going to have an easier time with updating the windows or repairing them if necessary. It should be noted that repairing windows is much easier than replacing them altogether. Replacing window glass is exceedingly difficult, for instance. People can spend weeks or even months ordering the new window glass, and in the meantime, they’re going to have huge gaping holes in their homes. Almost all people are better off getting Florida window parts, even if they could theoretically get completely new windows.

Submit some good photos of your broken or damaged window or sliding patio door part and our team will figure out what part you need and ship the part out to you via USPS. 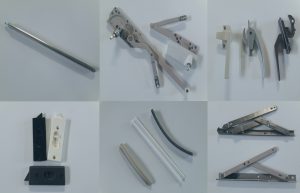 It is important to get Florida window parts also because certain parts are going to fade much faster than many of the others. Vinyl windows do tend to last much longer than many of the other windows on the market. The parts that tend to endure the most stress with all windows are going to wear out the fastest. The hinges, the sash locks, and the other locks that have a tendency to be moved and operated in order to open and close the window often develop a buildup of moisture and they start to accumulate wear and tear over and over again. These are the Florida window parts that people are going to need in many cases.